How to Use a Two-Column
Pressure-Temperature Chart

Properties of the new zeotropic refrigerant blends are different than traditional refrigerants, it is useful to know how to read a two-column PT chart.

Traditional PT charts list the saturated refrigerant pressure, in psig, with a column for temperature down the left side. Single-component refrigerants and azeotropes boil and condense at one temperature for a given pressure. Therefore, only one column is needed to show to show the pressure-temperature relationship for any phase-change process in a system. (see Fig. 1) 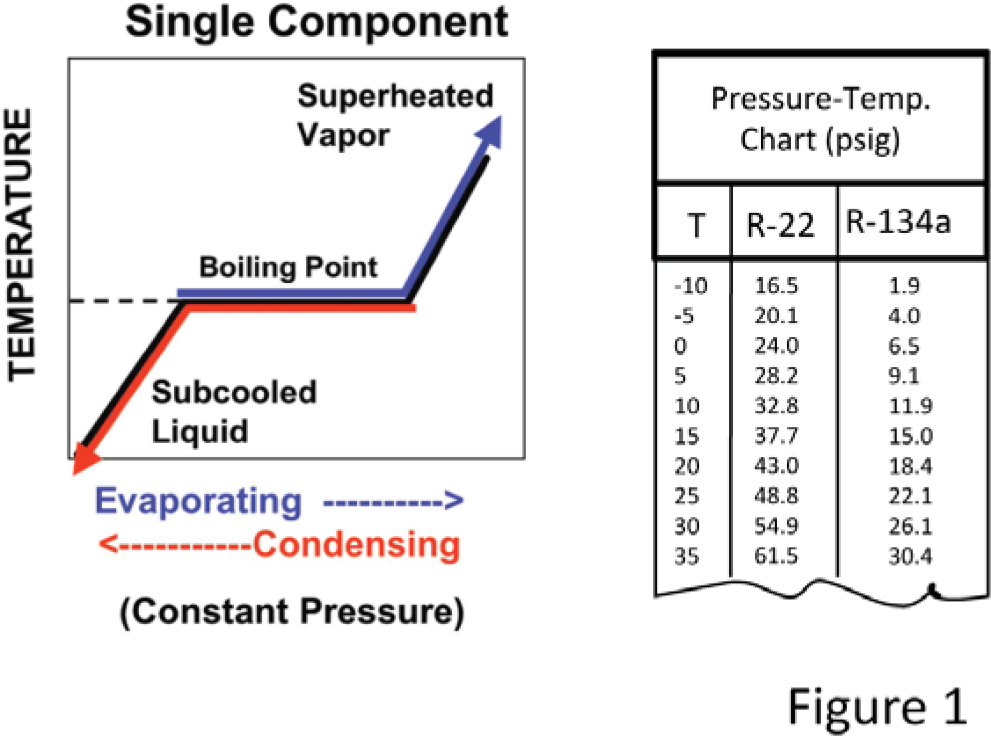 The properties of the new zeotropic blends are somewhat different than the traditional refrigerants. Zeotropic blends shift in composition during the boiling or condensing process (see Fig. 2) As the blend changes phase, more of one component will transfer to the other phase faster than the rest. 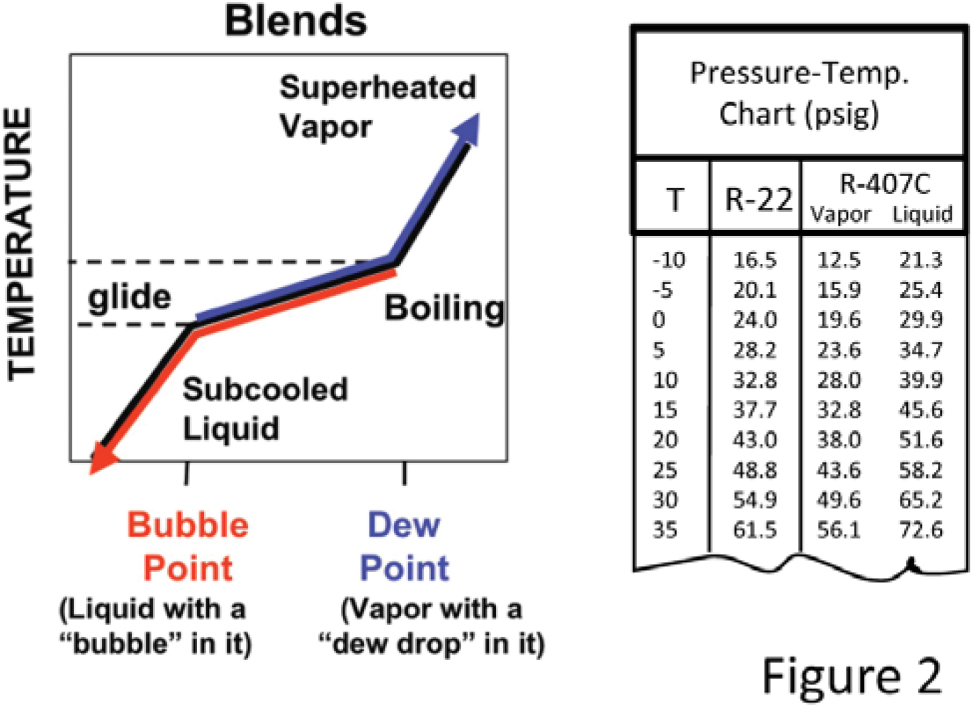 Some of the zeotropic blends have very low glide (from 1˚F to 2.5˚F). For these blends, the vapor and liquid pressures are only separated by 1 or 2 psi. Because the difference is quite small between the two values some manufacturers’ PT charts will only list one column for these blends. Blends with higher glide (greater than 5˚F will generally have both columns listed. 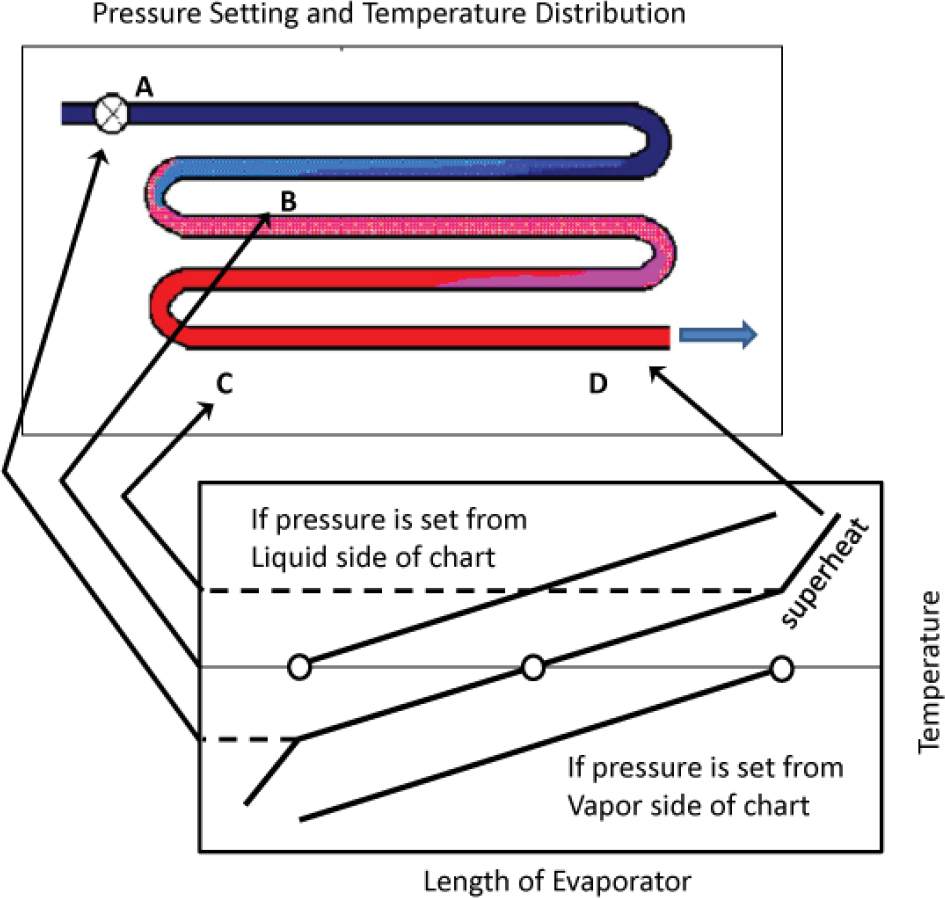 Two-column PT charts are every bit as useful as the traditional ones. The charging and service procedures are very similar for both single-component refrigerants and zeotropic blends, and the specialized liquid and vapor data correct for the effects of the blends’ temperature glide.

Just remember to keep track of the phase of the blend at the point you are interested: saturated vapor uses the vapor (dew point) column and saturated liquid uses the liquid (bubble point) column.

Available for iOS and Android devices: 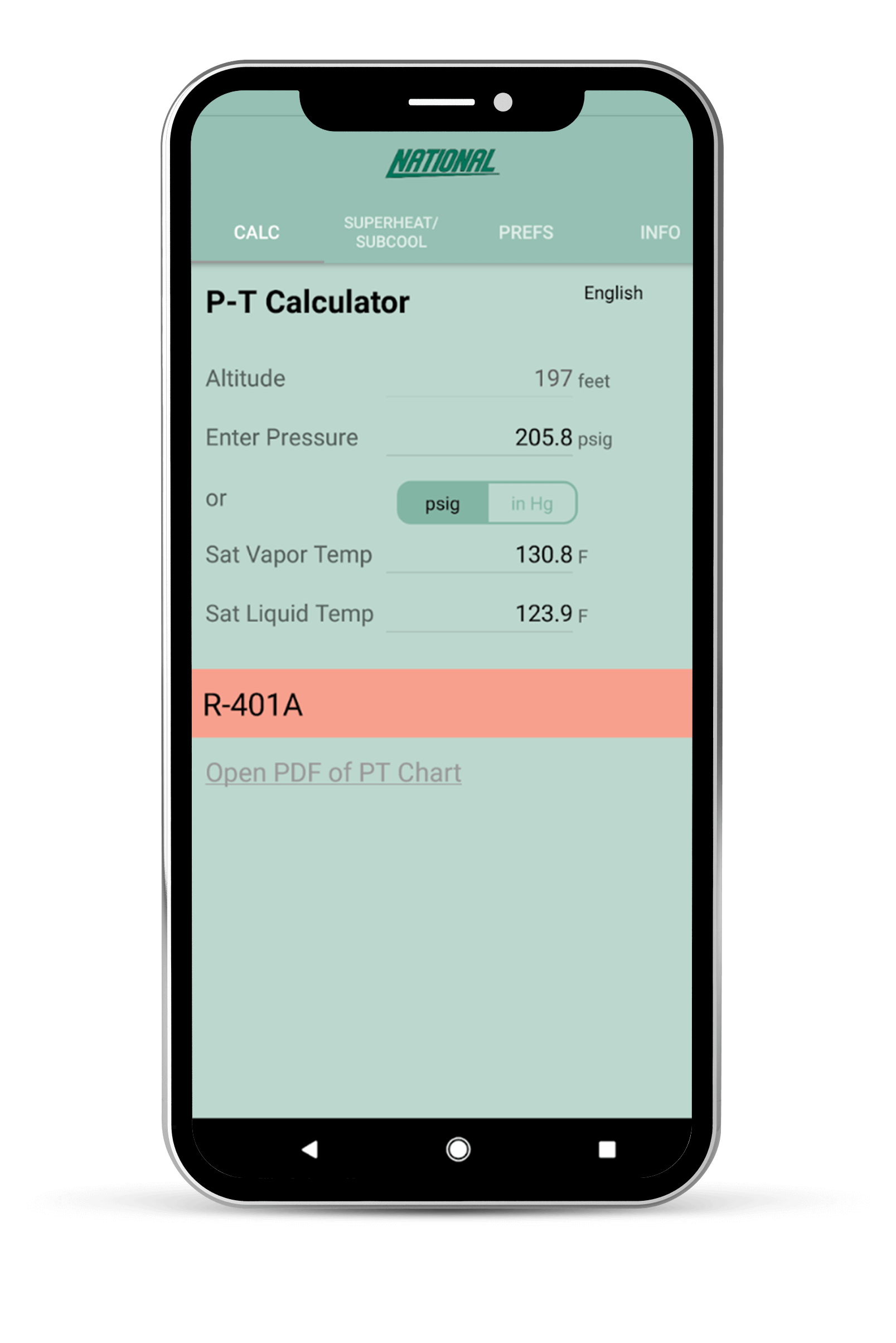